Home › author › One Pay Cheque Away by Brenda-Lee Ranta

One Pay Cheque Away by Brenda-Lee Ranta

She had left him; after too many promises,

too many chances given.  The continuous

He knew the score, but feigned self-righteous

indignation.  Gambled away his wedding ring,

his marriage.  It left him bereft of tears.

At first, she would sit and stare at the clock, in

tapping.  She would swipe at her tears, the bitter

tears, ultimate rejection; he chose Craps over her.

mortgage unpaid, nothing but empty pockets;

giving all he had to his mistress, “Lady Luck.”

Subterfuge became difficult; he slept in the car.

It was Friday.  Payday.  Dutifully, she went to the

in disbelief.  Bank balance of $30., her pay cheque

was gone.  She spent it on a bottle of vodka.

He won at the tables that night. Walking through

the door, excited as a child. “Payola Baby! Put

on your best dress, we’re going out to celebrate.”

She donned her little black dress for him.

herself of sentiment, drinking herself into unconscious

sleep.  Walking by the kitchen table where bills now

piled, unopened; she felt the resignation of it.

Walking through the door, he knew.  Deafening

silence met him, like a punch in the face.  He knew,

even before he walked from room to room.

The day she warned him of, had arrived.

She left her wedding rings on the kitchen table, on

top of the unopened bills.  She cashed out an

driving; to the only other place she had called home.

Strange relief flooded him.  He was in love with

his mistress, loved the nervous excitement she

gave him.  He boarded the plane, a pay cheque

and a one way ticket to Vegas in his pocket.

She poured herself a drink.

“Luck be a lady tonight.”

Excerpt from the book Allegories

$13.95 Plus Shipping ~ Available at CTU Publishing Group and Amazon.com 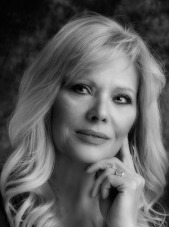 Brenda-Lee Ranta resides in Timmins, Ontario, Canada. She shares her journey with her life partner who is a drummer, lyricist and emerging poet. She is the mother of three children, two step-children and three grand-children. She prefers to be less ambiguous in her writing and more direct, while maintaining a lyrical flow in her verse. She holds strong political views, believing in equanimity for all humankind. These views also find their way into her choice of subject matter when writing. She is very sensitive to the emotions and plight of those around her. A writer for over 51 years of her life, she was first included as a contributor to an Anthology, titled, “Imperfect Paths,” published by Creative Talents Unleashed Publishing Group. She had a lifelong dream full-filled when her first book ”Myriad of Perceptions” was published by CTU Publishing Group in November of 2016.  It attained a five star rating from ‘Readers Favorite,’ which was quite humbling, being her first book. “Allegories – A Thirst for Connection” is her second book of prose and poetry.  She is very honoured to share these new writings with her readers.

Like Loading...
‹ The Great Divide by Angela M. Bertoli
Inspiration Call: Tell a Story About These Shoes ›