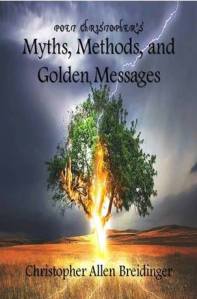 Like a beacon of light the Poet Christopher Allen Breidinger weaves a continuous call to action with the sheer luminosity of his words. The message is simple and persistent — love is the answer, love was always the answer. One cannot read his poems without experiencing the growing pains of an evolving world.

Contrasting the angst of modern societies with age-old truths, we are led down a spiritual path straight into the arms of hope. Human folly is examined but not by finger pointing, which can be divisive. Instead, the razor edge of each phrase renders us bare and exposed as a single entity. We bleed together and heal together, because we are all connected.

Christopher touches upon many human frailties and none better than his own. His honesty is powerful, because he is unashamed to reveal to his readers his personal fears, disappointments and past mistakes. There is no groveling in despair as he recounts his journey, however. We are allowed the privilege of vicariously experiencing an awakening. It is mystical without a deity, transformative and liberating.

Our world view and cultural expectations are dissected rather painstakingly in many of his poems as well. Leaving a single question to be asked. Could our collective will have the power to create a better world?

I answer with Christopher’s own words…

I’ve been gazing out of my third eye.
Staring at the spiritual horizon.
Something is on the rise.
There.
In that storm.
It’s starting to brew.
And you might not believe me
But it’s coming for you.