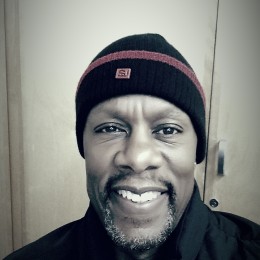 Poet, storyteller Jeffery Martin author of nine books (5 books of poetry, 3 children’s books and a play), uses life experiences as his inspiration behind what he shares with the world.  His first book “Weapon of Choice” won the 2008 New Jersey Beach Book Festival for Best Book of Poetry and was also an Honorable Mention in New York and London Book Festivals of the same year.  His book of poetry “As Sons Love Their Mothers” received Honorable Mention in the 2011 San Francisco Book Festival.  He also received Honorable Mention for his children’s book, “Silly Billy” in the same festival. He has also lent his pen to five anthologies including “Rushing Waters, Rising Dreams: How The Arts Are Transforming A Community,” “No Hablo Espanol,” “The Border Crossed Us,” “Revolutionary Poets Brigade Los Angeles,” “The Coiled Serpent. He has lent his voice to several poetry CD’s and in 2015 released his own poetry CD entiltled “Jeffery Road”

Mr. Martin has been very active in community for some time, founding the theatre group B.E.H.O.L.D. for inner city youth in Rochester, New York, where youth were introduced to poetry, dance, martial arts, fencing, theater, drumming, clowning, acrobatics, art, ceramics and public speaking.  He believes that words can be a source of strength and healing, using his life as an example.  He is currently employed by Los Angeles Unified School District and works with children with special needs.