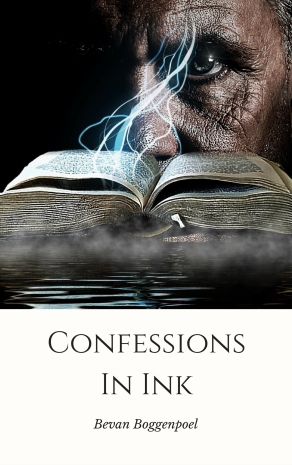 It is an honour for me to introduce fellow South African and a unique weaver of words to the global literary community, Mr Bevan Boggenpoel. I first noticed Boggenpoel when he posted a spiritual poem, which I thought would be a good fit for Spirit Fire Review Journal and subsequently advised Boggenpoel on the mechanics involved to submit internationally, as I realised how talented he was. We became very good friends and I realised that his work is destined for great things.

Boggenpoel’s ability to speak to his community and indeed a nation in two languages after his debut South African collection in December 2016 published by Selwyn Milborrow of Milborrow Media and Publishing; is testimony to his literary vision to also communicate to a global audience, writing about universal themes such as racism, oppression, love, hate, culture, politics, dystopian society, spirituality and much more; which affects humanity in one way or the other.

As an educator, Boggenpoel has a unique perspective on the development of young and creative minds through language and life skills training; and has already inspired the next generation of writers at his school to put pen to paper and leave their own legacy. As his learners are from a mixed race or ‘coloured’ (a term given by the Apartheid regime) cultural background, just like himself; identity and cultural pride in a post-Apartheid society is still a sensitive issue for many in South Africa. Boggenpoel is passionate about the fact that education should be a cornerstone of South African society and indeed the world to enable children to become true global citizens. He further believes that educational deprivation is detrimental to the potential and growth of a country which is still yearning for a true cultural and literary renaissance.

Boggenpoel’s poetry draws upon his family values, community spirit and his insatiable need to share his literary messages to the world. His poetry has a unique lyrical quality, which transports the reader through a melodious lullaby of rhyme, rhythm and repetition, as he creates magic with poetic devices. The themes he shares with us are beautifully woven throughout his poems, which testifies about his personal experiences growing up in a divided society based on race and cultural identity and his vision of a truly unified intercultural national identity.

Boggenpoel’s raw honesty moves us to believe every word and reference in his poetry, which is a rare quality. He has a literary integrity that demands respect from eager readers ready to listen to what he has to say. His work reflects familiar obstacles in society, taking the reader right into the heart and mind of society; leaving us with a literary heritage that invites the global community to reflect, question and confirm their own values, despite religious and cultural differences.

Boggenpoel has already begun his global outreach in the months preceding his new collection of poetry and he is destined to carve out a reputable literary legacy for future generations.